Hautelook’s mobile team gets it right: majority of sales made via mobile 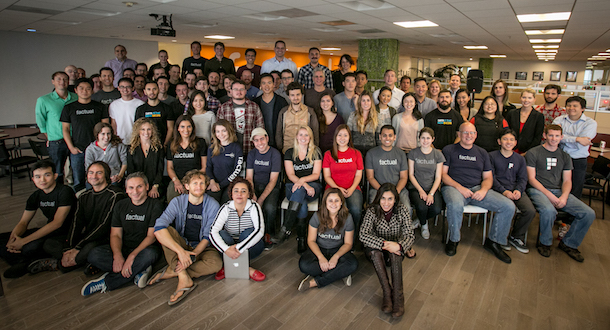 With more than half of Hautelook’s total sales done via mobile (the majority of which are on native apps), it’s fair to say that Hautelook’s mobile team is setting the pace for the entire e-commerce company. Just three years ago, Hautelook’s mobile sales made up zero percent of the company’s revenue, Head of Mobile Mark Geller said.

And although he isn’t giving specific projections for 2014, Geller said he wouldn’t be surprised if mobile sales make up 75 percent of all sales on some days in the coming year.

It’s not just the fresh design and intuitive features of Hautelook’s apps that contribute to this mobile success, but the fact that the very idea of mobile echoes the fast pace of Hautelook as a company: mobile is “a great fit for our flash sale business model,” Geller said.

Geller joined Hautelook’s mobile team in 2010, a year before the flash sale fashion site was acquired by Nordstrom for $270 million. He is now leveraging his previous experience as a product manager for the Google Photos Santa Monica-based team to focus mainly on Hautelook’s native apps for iOS and Android and maintaining Hautelook’s primary e-commerce apps.

Even though maintenance is crucial to Geller’s role, pushing forward new mobile innovations is a fun perk of the job. Last month, Geller and his mobile team were able to launch two specialized projects: one, an iOS app for the Nordstrom Rack mobile point-of-sale devices, enables HauteLook members to return items directly to Rack stores. The other is Nordstrom Rack for HauteLook, a new section on HauteLook’s iOS app that enables members to shop for Rack-style items in a “more persistent shop environment” as opposed to the standard two-day flash sales normally running on Hautelook.

Built In LA caught up with Geller to hear more about what’s in store for Hautelook this year as well as the path he and his mobile team took to get there:

You’ve embarked on some thrilling projects during your time at Hautelook, one of which was the overhaul of the Hautelook iOS app in just nine months last year. What prompted you and your team to take this on?

We redesigned and rewrote the entire Hautelook iOS app from scratch with three developers in nine months, while launching new functionality at the same time – and the results have been extremely positive. It was a great experience for our members as well as the business and especially the mobile team.

The iOS app was already doing well in terms of sales and the usability of the app itself. However, we had identified we could significantly improve the app’s performance as well as simplify the code by restructuring how we manage data and taking advantage of some new innovations in the Objective C language. In general, we prefer refactoring code vs. doing a full rewrite as the former is significantly less risky and usually can be done more quickly. However, since we had already done a smaller rewrite of one of the main sections of the app, we were confident we could manage the risk involved with the larger project. We divided the rewrite into two halves so we didn’t have to “go dark” from members for eight months. We managed to deliver the rewrite on time and the results have been outstanding, both in terms of the performance and stability of the app as well as our ability to extend the code.

What was your biggest struggle early in your role at Hautelook?

One of the challenges we had earlier at the company was establishing a strong product-oriented culture at a company where much of the momentum is driven by brand selection and marketing. However, in the past year and a half, we’ve made great strides and I believe the HauteLook technical team now is one of the strongest in the city.

What is the biggest lesson you learned while at Google?

When it comes to building great products, you can never be too technical. Obviously, it’s very important to understand users and how they interact with products as well. However, if you want to build the best product possible, there is no substitute for everyone on the team having a solid understanding of the technologies involved.

In the fast-moving world of mobile, what is the best way to make sure your product is relevant?

Constantly use your own product as well as those of your competitors and especially apps of all types that are particularly well-designed and/or moving the ball forward with new modes of interaction.

We listen very closely to what members want and the experiences they’re having. We read every comment submitted through the app feedback forms as well as App Store reviews and get additional feedback from member care.

In terms of prioritizing features, we make decisions based on a combination of usage data, what the members themselves are saying and new features of which members may not be aware. Also, it’s helpful that most of the employees in the company use the HauteLook mobile apps to shop on a regular basis so we get immediate feedback on new features, which is great.

What should the LA tech community be doing more of going into 2014?

As a product guy, I’d like to see more emphasis on technical founders building products and gaining traction organically, rather than starting with a business model or marketing partnership and then back-filling on product

Have a lesson learned, an announcement or a recommendation for a future story? Email carlin@builtin.com.

SHO Products is a technology company, manufacturing, developing products and services for the industry.